Located in the Kishacoquillas Valley about 2 miles southeast of the village of Milroy, Alexander is a large water cavern from which Mammoth Spring flows. Mammoth Spring is the third largest spring in Pennsylvania and flows at an average of 14,000 gallons per minute through an opening in above ground limestone.  Although the spring was known by settlers, the dry cave itself was not found until John Spielman and Henry Schmidt explored the opening from which the water of Mammoth Spring flowed in 1926. Soon after, the cave began to be explored and adapted for use as a commercial cave.

By 1929, an additional artificial opening was created in the dry section of the cave to better allow commercialization and the cave had been opened for tours. 115 stairs were created to allow people to enter the heavily decorated Cathedral room.  This magnificent room contained delicate pencils and films, stalactites, ribbons, domes, stumps, and columns. In order to allow visitors to see more of the cave, boat tours were added in 1930.

The cave continued operating as a show cave until 1959, when the lease on the caverns expired and the landowners chose not to renew.  The cavern was closed and sealed. Several years later in approximately 1966, it was noted that the door had been removed from the artificial entrance.  Upon investigation it was found that many of the beautiful natural sculptures had been vandalized.

In 1986 when Bald Eagle Grotto was formed, negotiations to regain access to this cave began with the landowner. A management plan was decided upon and accepted, allowing the continued enjoyment and exploration of this exceptional cave. At this time there is over 11,200 feet of surveyed passage. 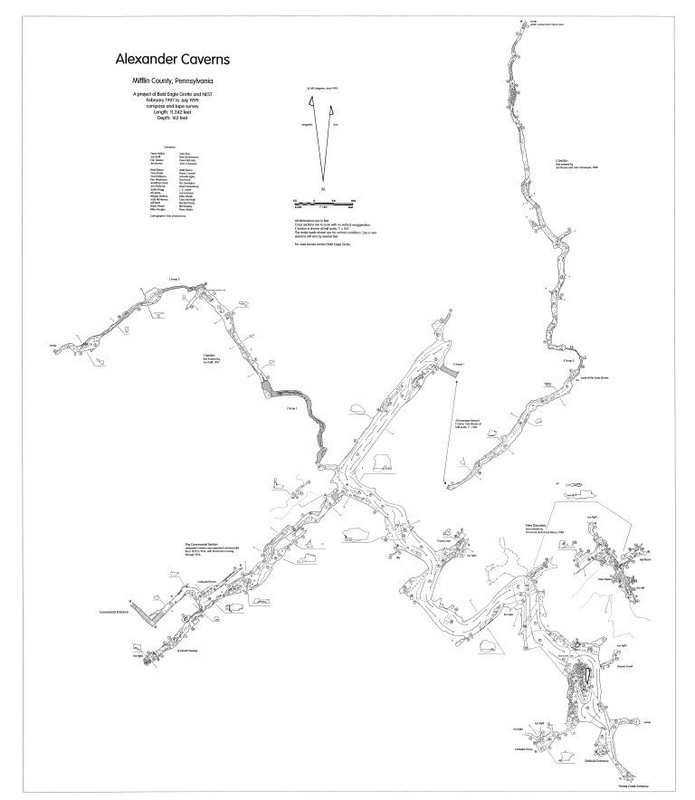